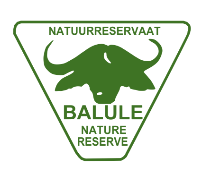 Olifants North Game Reserve (ONGR) is a member of the BALULE Nature Reserve which shares an un-fenced border open to the Kruger National Park and its neighbours in the Association of Private Nature Reserves (APNR). The Balule park area covers approximately 40 000 hectares (250 km²) within the Greater Kruger National Park, on its western boundary. Balule is a founder member of Great Kruger Environmental Protection Foundation (GKEPF) www.gkpef.org

Balule was established in the early 1990’s when a number of landowners within the Greater Kruger National Park realized the need to remove the fences between their properties. This move would, in turn, extend the animal gene pool, prevent overgrazing in one area and enable the migration of the amazing African wildlife over a larger area of land.

The removal of the fences proved to be aesthetically pleasing to the landowners and meant that a larger variety of game was able to access their land and over time hunting was curtailed.

BALULE works with other members of the APNR and the South African National Parks (SANParks) i.e. as conservation partners in the Greater Kruger Region. Strategic and collaborative management interventions are identified and implemented.

One such initiative has been an integrated rhino management approach. As part of several initiatives, some entities have embarked on the strategic dehorning of rhinos in the Greater Kruger Protected Area landscape. BALULE has executed dehorning of rhino in 2019.

The operational plan included ground teams and a  fixed wing aircraft or helicopter for spotting and a helicopter for darting. Ground teams comprised of at least 1 Vet, Vet assistants, Balule team leader, scribe, helpers, security and Limpopo Economic Development Environment and Tourism (LEDET) personnel. The LEDET official processed and oversaw all the required documentation pertaining to the horns that were removed. Micro-chips and the required ZA numbers were issued to all horns before being flown off site to the secure vault in Polokwane.

During 2019 Balule formally adopted the APNR research protocol whereby research done for Balule conforms to criteria set by the APNR.

The infrastructure of Balule Nature Reserve comprising of buildings, roads, power lines, railways, and airstrips impacts on the ecology. By determining the space occupied by these infrastructures using mapping software, BNR will better understand the forces on the reserve’s ecosystems and therefore the carrying capacity of the different areas within Balule and Balule as a whole.

Some interesting data that came out of the exercise (in 2017) –

2) The largest impact on vegetation is roads followed by power lines.

3) The impact of Olifants North’s infrastructure on the ecology is one of the lowest in Balule.

These disturbed areas result in less overall vegetation which in turn means fewer animals can be sustained on a per hectare basis.

Balule has lost a total of 976.98 hectares to infrastructure.

Ian Nowak was appointed as Balule General Manager in 2019.

The Balule Committee together with our regional wardens identified the need to appoint a reserve manager to co-ordinate warden functions, liaise with service providers and stakeholders, represent Balule on various forums and finalize and facilitate implementation of the revised Balule Management Plan, which underpins the compliance with various environmental legislative requirements under the NEMPAA Act, NEMBA Act etc.

Ian is a landowner in Grietjie and was elected chairman of Grietjie shortly after he moved there a few years ago. Ian’s meticulous work and drive ensured that the Intention to Declare notice for Grietjie properties was published in the Government Gazette. This process and serving on the Balule committee as Vice-Chairman in 2018 ensured that Ian has a thorough understanding of the federal Balule system, and the role which Balule plays within the APNR and the Greater Limpopo Trans-frontier Park.

During the early 1990’s several unsuccessful approaches were made by Olifants River Game Reserve (ORGR) Dr Gertjes to acquire the farm Magdalena. Dr Gertje’s lack of willingness probably stemmed from his irritation with ORGR developer for perceived unfulfilled undertakings.

The successful negotiation for the Magdalena acquisition has its origins in a meeting held at Janine Royal’s home late in 1997, to discuss the acquisition as it had become known that the property was up for sale. However, before any action plan could be formulated news filtered through that the property had been sold to a Malaysian entrepreneur. Then early in 1998, when it was learnt that the sale had fallen through, Bev Humphris requested that contact be made through a friend of Lyle Thole’s who had had a 30-year business relationship with Dr Gertjes. A meeting was arranged and on 15 April 1999 Dr Gertjes agreed to a 3 1/2-month option agreement for the purchase of Magdalena for R12.5 million.

A sub-committee was formed to raise the necessary funds to acquire the property. There was to be no capital levy imposed on ORGR members. On canvassing the members, it soon became apparent that there would not be 100% response for the R153 000 contribution required, and the call was made on members to contribute R250 000. Twenty-nine (29) members responded positively but as the amount would fall well short of the target required a second call went out for contributions of R125 000. When 13 members responded positively the committee felt confident with R9 000 000 promised the matter was worth purchasing. Matters improved further, when after the approval to establish a share block scheme was received, another 6 1/3 ORGR units became participants by making loans to DEVCO. There are thus currently 48 1/3 participants in the initiative.

Negotiations were commenced with Standard Bank for the provision of bridging finance but because the condition attached to such a loan could not be fulfilled, negotiations were discontinued. With only a week remaining to the expiry of the option date a member, Francois Tolken, came to the rescue by offering a short-term loan of R2.5 million. This loan together with loans of R500 000 offered by ORGR and R250 000 from Doug Meyer and a guaranteed first sale, enabled the committee to exercise the option on 31 July 1998. The sale agreement and the collection of cash and guarantees was carried out by Bell Dewar Inc. and on 28 August ownership of Malevelyn Holdings (Pty) Ltd (the owner of Magdalena) passed to Moneyline 772 (Pty) Ltd later to be changed to Olifants North Development Company Ltd (DEVCO).

Mike Anderson, Richard Lawrie and Lyle Thole were designated the first three directors of Moneyline and were tasked with driving the conversion of Malevelyn Holdings to a share block company (Olifants North Game Reserve Share Block Company) and marketing the planned 50 share blocks. These included 38 building sites and 12 existing rondawels at the Magdalena camp. Derick Peacock Associates was appointed the town planner and Richard Currie the marketing agent. Tyrrel Ovendale assisted with the drafting of all the documentation required for registration (registered October 2002), including the Use Agreement that was based on the ORGR model.

Overt marketing could not commence until the share block had been registered and as this was likely to take a year or more, a strategy was devised where prospective buyers entered into an loan agreement (the loan being equal to the sale price) with DEVCO until registration. On registration the loan agreement would be replaced by a sale agreement This strategy was vital to the scheme as at this time interest rates rocketed to 25% and cash flow was paramount. Fortunately, the directors were able to convince 9 enthusiastic and trusting souls to participate in the venture on the basis that they would have first choice of sites or rondawels when sales could be confirmed. These first “sales” were secured largely by word of mouth advertising.

Leisure Options, who had replaced the marketing agents, then secured the sale of a further 6 share blocks. The pace of sales was however not fast enough, and Mike Anderson then very generously took a 6-month sabbatical to drive the sales. He soon secured 14 sales and with the 15 share blocks already sold, the success of the project was truly ensured. There was some resistance however to the purchase of the last 4 sites. These were bush sites and prospective buyers wanted view sites. Once these were relocated to a koppie offering excellent views, sales were soon made with the last sale signed in July 2006. Total gross sales amounted to R24million.

With sufficient funds flowing from the loan agreements the Tolken debt with interest was discharged in full by December 1999. There were also enough funds to carry out the water and electricity reticulation for the first phase of the development that included 34 sites and 12 rondawels. The entire water supply on the reserve was automated and electronically controlled from 4 bore holes with 1 standby diesel engine in the event of a prolonged power failure. The electricity reticulation was conducted throughout by underground cable and to enhance the aesthetics 2km of the ESKOM feeder overhead line was dropped into an underground cable.

By this time Colin Mason was appointed to the board of DEVCO to oversee all facets of building. A limitation was placed on the size of the lodges with strict building regulations enforced for materials, exterior finishes, electric appliances and light pollution. A maximum 40-amp single-phase electricity supply was provided. Architecture Coop was appointed architect for the design, submission of plans and supervision of building operations.

The existing airstrip was closed and to enable those members with access to aeroplanes to fly in to Magdalena, negotiations were concluded with Jannie Moolman (the immediate Parsons neighbour on the southern boundary) for use of his airstrip by arrangement.

To facilitate the incorporation of ORGR and Olifants North into the greater KNP, the 5km western boundary with the farm “Square” was fenced and electrified to comply with both the KNP and Department of Agriculture’s veterinary requirements.

A key to the development was the provision of reasonable long-term access between the two reserves by way of a causeway that would include a section of low level bridge. Using 35 years of flow records the determined length and elevation of the causeway was estimated to provide on average 9 months of free access during years of normal rainfall.

The positioning of the causeway was the subject of much debate and required the approval of members in a general meeting. Alternative solutions were suggested and an alternative sketch design at a different location was also presented. Fortunately, common sense prevailed, and the location and design proposed by AOA Consulting Engineers was accepted, although there was a comment by a member that the proposed structure would be washed downstream with the first flood. The joint owners of Portion 1 of Grootdraai (on which farm the causeway is situated) gave their blessing as did the owner of the nearest share block Unit 43.

Unfortunately, a member of a unit further downstream objected and a full season was lost while his objections were investigated. With the objection out of the way and having submitted an EIA report and obtained Water Affairs approval the causeway construction commenced in July 2002 and was completed early November of the same year and officially opened to traffic on 16 November 2002. Contractor Stefanutti and Bressan were contracted to construct the causeway for a cost of R1.8 million. At the 5th summer season that the causeway was in use it was overtopped and closed to traffic during January and February of 2006. It was overtopped by about 1m and as expected both approaches suffered erosion but were soon repaired restoring free access. No structural damage was evident.

On reviewing the initiative to acquire Magdalena, it can be said that it has been a great success. A neighbouring cattle/hunting farm was eliminated and replaced by a nature reserve without lodges on the river, improving ORGR’s security, facilitating its incorporation into the greater KNP and enabling the majority membership of ORGR access to a further 3000ha. The acquisition and conversion of Magdalena into a friendly neighbouring share block has also been instrumental in ORGR together with ONGR now owning 53 1/3 of the jointly owned farm Portion 1 of Grootdraai (the Wilderness Area).