HUG IT OUT - LESSONS FROM MONGOOSES 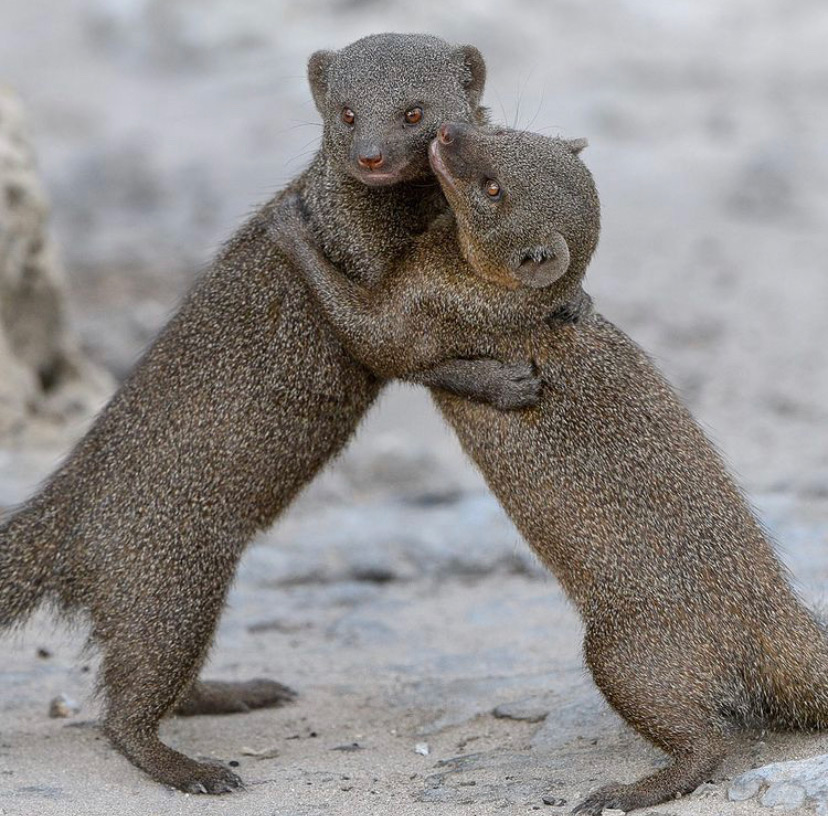 Dwarf mongoose families are headed up by an alpha male and female pair. When two female mongoose are competing for the dominant position they engage in something called a grooming contest or a groom off.

They will groom and lick each other, soaking each other in saliva, until eventually one gives up!  The longest competition recorded took four days! The mongoose with the greatest endurance will be the new dominant female.

Mongoose families are also highly sociable and all members help to raise the alpha pairs young. Grooming is an important part of strengthening their bonds.

Maybe not a conflict resolution tactic your family would be up for trying but admirable nonetheless….